Flood Displaced Workers Supported To Get Back To Work

A Focus on Displaced Workers

Following the recent natural disasters, there are a range of workers who have been displaced due to places of work no longer being operational. The My Future Workforce platform is offering a specific focus on identifying and matching up job vacancies with people registered as displaced workers. 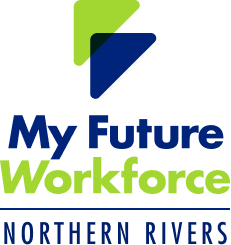 New features in the My Future Workforce platform enable jobseekers to specify their worker status as being displaced by floods.

Employers can now specify to make their jobs visible to both general jobseekers in their region as well as those who have been displaced.  Employers are also encouraged to highlight any additional incentives to people registered as displaced workers.

According to the Australian Government’s labour market portal the North Coast is seeing an increase in advertised vacancies across the region. Overall, April 2022 vacancies are 125.6 per cent above April 2018 levels. Over 4,000 vacancies were advertised in April 2022.

The most in demand roles were Health and welfare support workers and carers with over 1,000 jobs advertised. The next largest group of vacancies were in the traditional tourism areas of food, hospitality and retail workers. Over 800 vacancies were advertised. We expect a continued demand for these roles as the region opens to more visitors . Construction work is also expected to increase with the commencement of flood rebuilding across the region. Roles are likely to include both trade and labourer positions.

There is no doubt that the job vacancies are in abundance. The Northern Rivers My Future Workforce Displaced Workers addition is one way we are working to match the jobs to the jobseekers and support them with information about relevant training. As a free service with effortless customised job matching, registering on the platform is a must for both jobseekers and employers.