Food manufacturing in the Northern Rivers is a $400 million ‘value add’ industry with regional exports exceeding $1.1 billion. It is the only industry in the region where local expenditure exceeds regional imports. 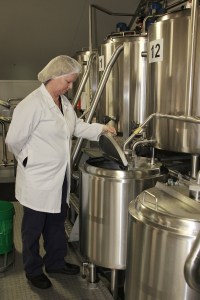 Stone & Wood Brewing Company was established in 2008 in an old soft drink factory in the Byron Bay Industrial Estate. A collaboration between three friends, they set about creating ‘handmade’ brews from their small boutique brewery in Byron Bay. By the end of 2008 they had their first keg of beer on tap in local pubs and released their first bottled lager in 2009. The company has continued to grow with a second brewery opened in Murwillumbah in 2014. They now employ over 120 people in the Northern Rivers region.